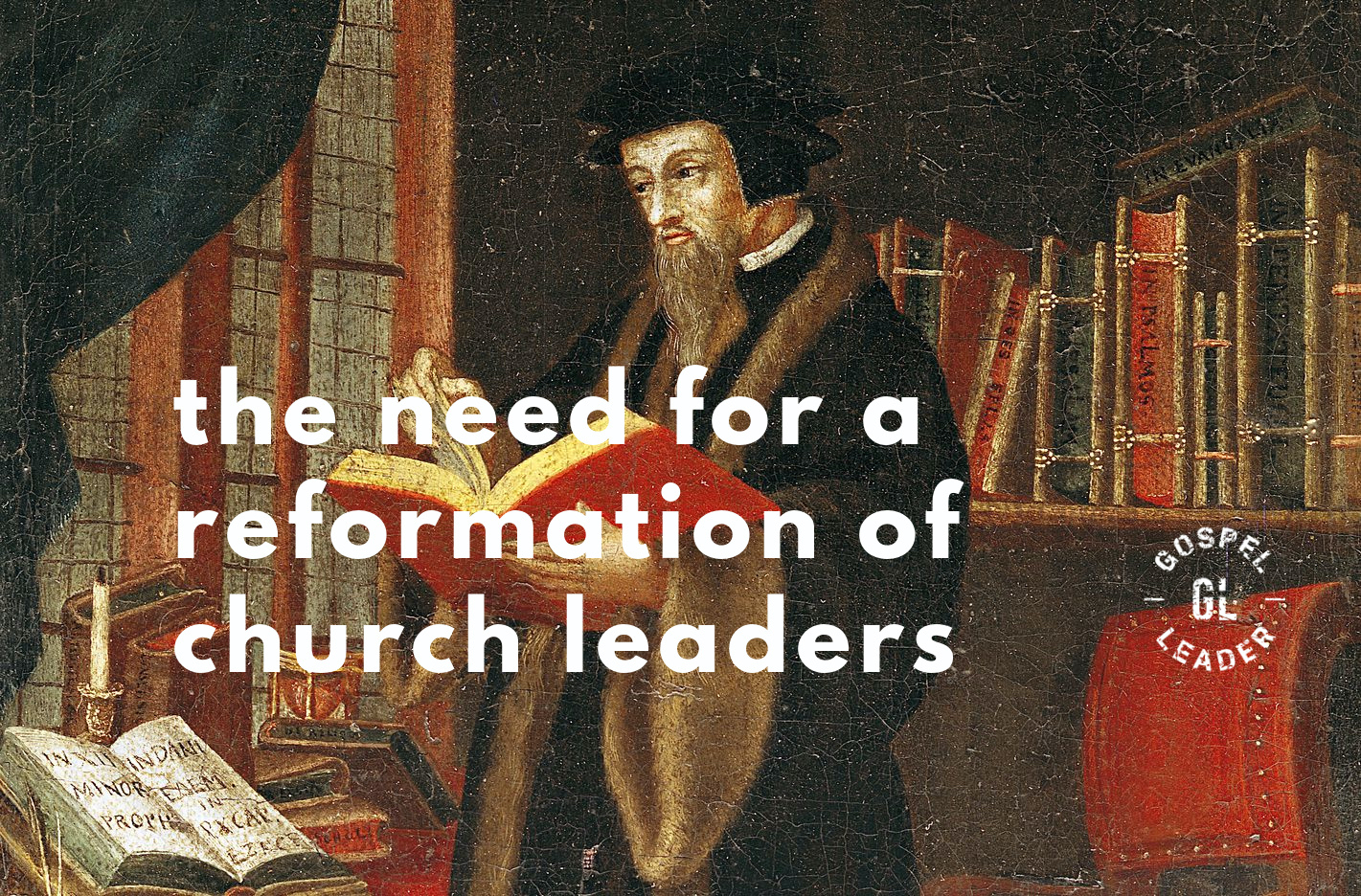 John Calvin wrote an eerily relevant treatise more than 450 years ago about the church's need for reformation. He said, "those who preside in the Church ought to excel others, and shine by their example of a holier life." He repeatedly pointed to four sins of a church leader's life that needed reform.

The point of Gospelleader.com is to call for a change in the way we lead the church. And, as Calvin posited, it is not a new way but a reformation back to the way Scripture, the gospel, the Apostles, and Jesus urged.

I don't find a lot of information about the sin of greed among church leaders. But it is rampant. It isn't commonly about money, although that exists. It is often about the insatiable "more syndrome." Leaders insist they need more money, more people, more building space, more staff, more sites, more retweets, more notoriety, and so forth. I am all for making disciples of every nation (Matt. 28:18-20), but we must check our motivation. Is it greed or gospel? Twice, Paul calls greed idolatry (Eph. 5:5; Col. 3:5), and he grabs the reader's attention by doing so. Idolatry is worshiping or aspiring for anything above God, which breaks the first two commandments, and that's is not a good thing. Greed is loving earthly accomplishments and treasures above heavenly treasure. Elders are not to be greedy for gain (Titus 1:7) or motivated by any shameful gain (1 Peter 5:2b). We are all prone to this temptation. But as a church leader, you must be on guard for the motivation of greed.

Humility may be the least emphasized virtue, but it is foundational to all virtues, especially among leaders (Titus 1:7). Calvin said, "Pride such as this, what is it but a fatal intoxication of soul? For instead of Christ, they adore themselves, and dream of possessing life while they are immersed in the profound abyss of death." Calvin admitted that his language was strong but was fighting against where pride leads: that "we are reconciled to God by the satisfaction of good works, and not by a gratuitous remission of sins." It's subtle but destructive.

Cruelty is a word Calvin used that I was not expecting. He mentioned it five times in the treatise. It is contrary to the heart of Jesus to use brashness, force, and shame to lead people (1 Peter 5:3). Yet, it is practiced way too often.  It is time we point people to the gentle and lowly shepherd by our words, attitudes, and actions (Matthew 11:28). There is no biblical allowance for bullying in the church. In the last few years, churches have fired some notable pastors for bullying, and that's a start, but the church needs further repentance. Bullying also exists in the form of sarcasm and belittling joking (Eph. 4:29), and it directs others away from Christ.

Calvin used whoredom, a striking word to describe sexual immorality (Greek, porneia). He used the word lust four times in his treatise. He said, "How many [church leaders], pray, are free from whoredom? Nay, how many of their houses are infamous for daily acts of lewdness? How many honorable families do they defile by their vagabond lusts." He described the hearts of immoral church leaders as a furnace of lust and have given Satan the loose reins of their lusts. Paul set the standard for elders to be a man of one woman (1 Tim. 3:2).

Before the church can experience reformation, its leaders need reformation. Leaders are not tyrannical dominators of souls, as Calvin put it, but godly ambassadors for Christ to its members.

Thanks Scott,
A good word for me. Checking my heart, motivations and thought life. Asking God for humility. May God reveal our brokenness and we respond with repentance.