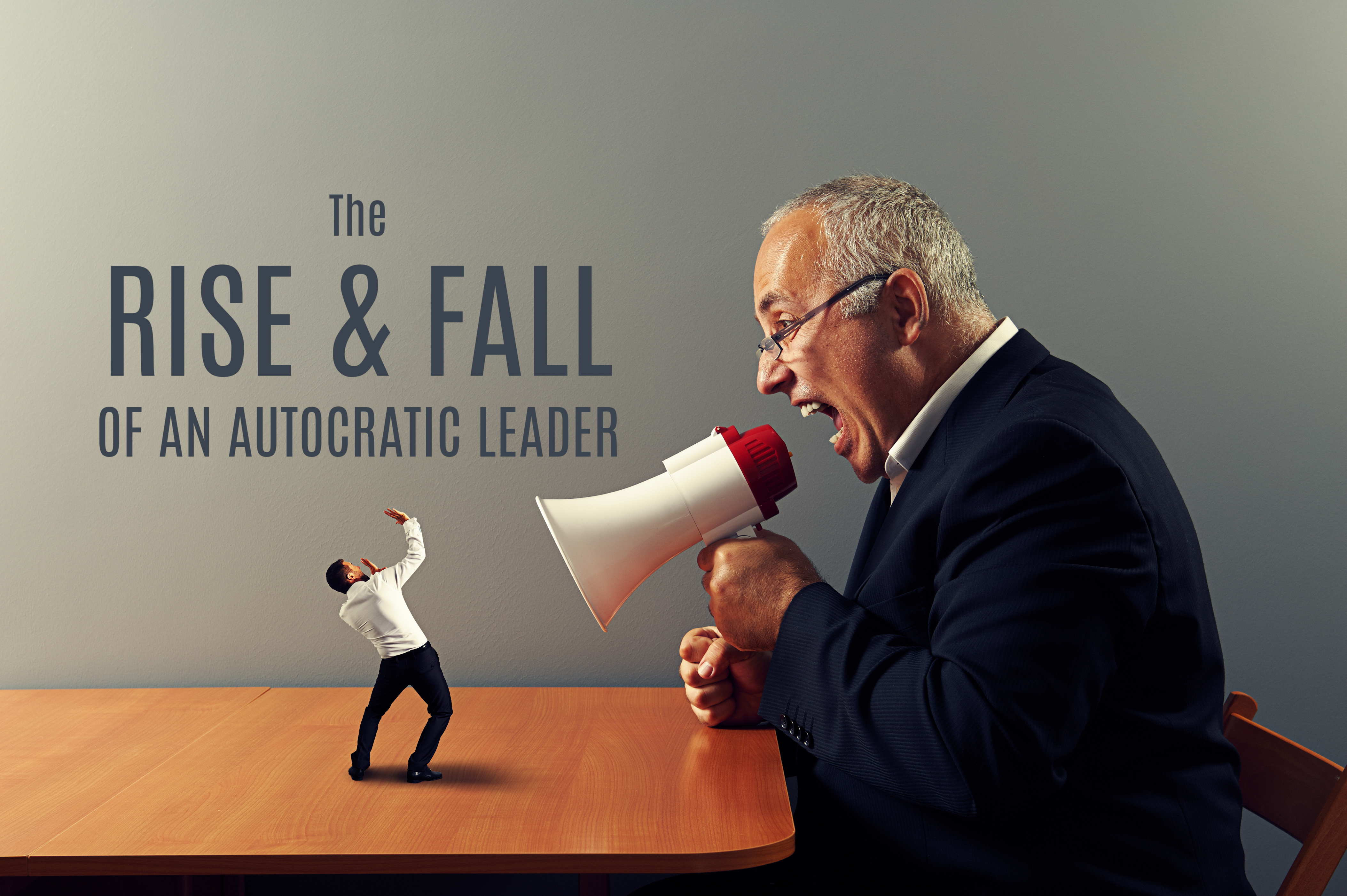 Autocratic leadership centralizes authority in the leader. We describe autocratic leaders as arbitrary, dictatorial, domineering, tyrannical, all-powerful, bossy, driving, and monocratic. In short, it is a command and control style that is motivated by power and pride. This isn't how Jesus led.

Mike Cosper and Christianity Today have released four segments of the podcast, The Rise and Fall of Mars Hill. I am interested in it for two reasons. First, I desire healthy, gospel-shaped leadership in the local church. My forthcoming book, The Gospel Shaped Leader, releases on August 30 through New Growth Press. My opening paragraph urges a new kind of church leadership--one drawn from Scripture and Jesus--because the way many churches are doing it is not working. Mars Hill is an exaggerated example of how autocratic leadership can destroy a church. Second, I was there at Mars Hill Church.

Many friends reached out to me since the podcast began four weeks ago and wondered about my reaction to it. The following is my response.

I attended a small Acts 29 Bootcamp in 2002 at Mars Hill Church. Mark Driscoll and I hit it off immediately, and we were best friends for ten years. Well, nine years, 11 months, and two weeks. The last two weeks were rough. Our replanted church in Denver became the 23rd member church in the fledgling Acts 29 Network. Without hesitation, I cannonballed into the deep end. This small band of “brothers on mission together” connected, collaborated, and committed. I led the replanting segment of the network and then joined the board in 2004.

In 2005, the board asked me to become the director of the network. So, my wife and two teenage boys moved from Denver to Seattle to join Acts 29 and Mars Hill Church. Acts 29 and Mars Hill were intertwined--for good and bad. We experienced some of the most fruitful and joy-filled years of ministry. I was a perfect fit to shepherd the A29 pastors. I became the President of A29 in 2010, and the Lord gave us many church planters all over the world.

I Loved the Mission of Mars Hill Church

I was the first “outside” pastor/elder of Mars Hill. Out of conviction, the church raised all of the previous elders from within the church. You can imagine the confusion upon discarding their conviction. I stood (alone) in the middle of that arbitrary decision. As an outsider of Mars Hill, I didn’t fit the typical mold. I didn’t like indy or punk rock, plaid shirts, skinny jeans, or beer. I approached pastoral ministry with gentleness instead of angst. I brought a different pastoral perspective that didn’t salute the Nirvana poster in the staff hallway. Nevertheless, I became one of the infamous Executive Elders.

The EE formation was ground zero for some initial drama that led to two elders’ wrongful investigation and controversial resignation. I regret not speaking up, and 18 former elders issued a public letter of apology.

Acts 29 moved to Dallas in 2012, and I left Mars Hill. The last thing I said to the lead pastor was, “Mars Hill will implode if it continues in its current trajectory.” But I didn’t think it would happen within two years. At the end of September 2014, the church elders investigated "bullying" and "patterns of persistent sinful behavior" by the lead pastor. The church elders crafted a restoration plan to help the pastor and save the church. Instead, the pastor declined the restoration plan and resigned. Mars Hill Church, once a church of 15,000 people in 5 states, dissolved on Dec. 31, 2014. (2)

Cosper’s initial podcast asked the question, “Who Killed Mars Hill?” The answer is the pastors and elders, the Board of Directors, the EE, the staff, the congregation that supported it, and the network. We can’t focus on one person. We are all guilty. The common question posed to former Mars Hill elders is, “Why didn’t you stop it?”

Mars Hill Church made what I would describe as a complete 180-degree turn to become what it was in 2014. But there wasn’t a big event, sin, or moral indiscretion. Instead, it was like there were 180 indiscernible one-degree shifts over 18 years of existence.

I am grateful I was there. I have deep scars from my experience, but I am better because of it. The Lord is redeeming the pain (Joel 2:26).

I pray that I will always follow the Good Shepherd’s example and not become an autocratic leader. Autocrats use people to get what they want. Gospel-shaped leaders lay down their lives daily for the good of those they are leading. So did Jesus.

(1) A strict autocrat relies on negative influences and gives orders which must be obeyed by the subordinates without question. His method of influencing subordinate behavior is through negative motivation by imposing penalties, criticizing subordinates, etc.

Thank you for this Scott. For me you were the face of Mars Hill and Acts 29. I never met Mark, but I knew you to be a man of gentle integrity. I am sorry, deeply sorry, for the indescribable pain you’ve endured, and I am thankful your gentleness and integrity still mark your character. You have made a tremendous difference in this world.

Scott, thanks man! I remember sitting with you and our wives in Bolder and Spanish River in the early years. So many of us benefited from Mars Hill and Acts 29. We are still part of it and continue to see God plant more gospel churches. Thanks for your part in keeping the mission moving. Love you man!

Scott I remember your maturity and kindness while I was there. You were always an example. Blessings.

Thank you, Scott, for your response. I can only imagine how difficult that was for you and your family and of course all those affected by any abuse. I left Acts29 in May of 2008 after 9 years at Covenant Community Church in Wheeling WV. I was mainly brought on board by David Nicholas from Spanish River Church. I was happy and excited to be in the room when acts29 was born. I was the old guy at age 50 wondering how I would fit in with the 20-30 year old planters. I was by and large accepted well and found lots of encouragement, even from those who would eventually cause it’s downfall. My prayer is healing and restoration for everyone involved. Movements come and go. Churches come and go. Leaders come and go. But the gospel moves forward and Christ rules and reigns. Hopefully we can learn some lessons from all this and thank you for your example and your faithfulness through everything.