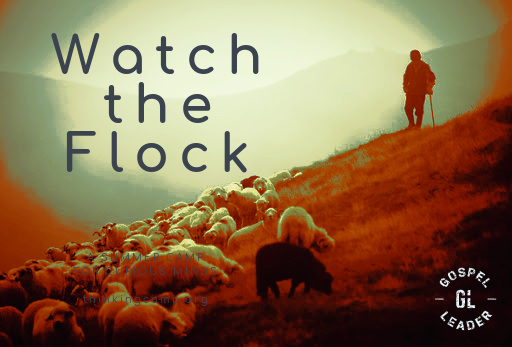 The Apostle Paul told the Ephesian elders, "Pay careful attention to yourselves and to all the flock, in which the Holy Spirit has made you overseer, to care for the church of God, which he obtained with his own blood" (Acts 20:28).

The North American church often celebrates the productivity of church leaders over their character; their influence over their integrity. The Bible does the opposite. If your talent outweighs your character, it will eventually crush you. It is dangerous for all—the church and the leader—when we applaud skill over integrity. Worse, we tend to overlook character flaws if the leader produces results. Your godly character will create success in ministry. Spurgeon advised his students, “Our character must be more persuasive than our speech.” He further accentuated, “It is not great talent God blesses so much as likeness to Jesus.” [1]

The main idea in Acts 20:28 is not to pay careful attention to yourselves or to pay careful attention to all of the flock. It is not even to defend against attacking wolves (Acts 20:29). The main idea in this passage is to care for the church of God—the church belonging to God that He legally obtained through the blood of Jesus. Care is the verb form of the Greek word translated “shepherd” or “pastor.” Shepherding is the leading metaphor for church leadership, although it’s not always popular among Western churches. Have you ever seen a sheep in a pasture, after all? When church leaders embody a shepherding posture, they glorify the Chief Shepherd, Jesus, in their leadership.

The Lord told Ezekiel to prophesy against the unfaithful shepherds of Israel because they were neglecting the sheep in favor of personal satisfaction. “You eat the fat, you clothe yourselves with the wool, you slaughter the fat ones, but you do not feed the sheep” (Ezek. 34:3). The Lord points out the neglected sheep: the weak, the sick, the injured, the strayed, and the lost. To the selfish shepherds’ thinking, these types of people require sacrifice, and their return on investment is minimal, so they deal with them with force and harshness (Ezek. 34:4).

“The Lord is near to the brokenhearted and saves the crushed in spirit” (Ps. 34:18). A shepherd who is pursuing God’s heart will draw near to broken sheep: weak, sick, injured, strayed, lost, brokenhearted. A godless shepherd pursuing personal interests will discard the sheep if they fail to contribute. It’s time to call for repentance. The Lord will draw near ito you in your repentance but will resist you if you are proud (James 4:6; Luke 14:11; 1 Peter 5:5).

Paul didn’t say to pay attention, but rather to pay careful attention. The word careful means “to be in a state of alert, be concerned about, care for, take care.” [2] The term is used elsewhere by Luke in the New Testament and translated “watch yourselves” (Luke 21:34-36), “beware” (Luke 12:1), and “pay attention to yourselves” (Luke 17:1-3). Jesus used the term to warn believers to “beware of false prophets who come to you in sheep’s clothing” (Matt. 7:15).

Followers do not naturally take careful thought of others around them; shepherds do. Think of how you would pay close attention to the activities of a five-year-old near a busy street. You would not take your eyes off the child. Similarly, you must pay careful attention to yourself and to those you are leading.

Paul urged the elders at Ephesus, and church leaders indirectly, to pay careful attention to themselves while they pay careful attention to the flock of God entrusted to them. We dare not neglect others, and we cannot neglect ourselves if we want to care for those in the church properly. John Calvin said, “For that man will never be careful for the salvation of other men who will neglect his own...Yea, that man will not take pains with his flock who will forgetteth himself, seeing [that] he is a part of the flock.” [3]

Watch the flock. They belong to God.